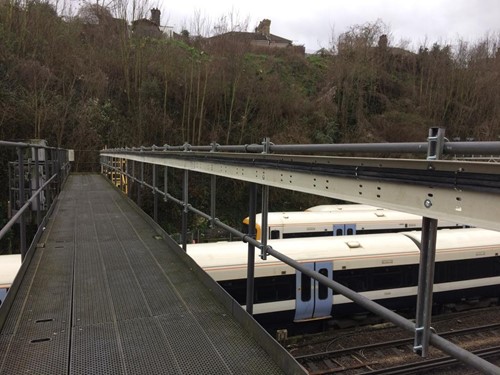 Lowery were successful in their tender of Plumstead & Dartford CP5 Lighting renewal, The works involved renewing all the old lights with all new LED lamps, lights, Columns & Bollards including all new electrical circuits and new Distribution cabinet including all new foundations and route works of Tray, Trough and Trunking, The works consisted of :-

Plumstead sidings installation was on a very tight Possession dependant programme which had critical possessions, we had to achieve milestones in each possession to achieve the planned, critical works in the next, i.e. like casting of the new foundation basis to allow curing period before erection of the posts in the following possession which led onto the following Possession where the Lowery electrical staff had to cable and terminate all the SWA’s into the lights all due to the location of the new Columns being in the 6ft, one missed possession or not achieving our planned works in the Possessions would have led to the Commissioning not going ahead so it was critical we planned all the installation works, including supply of all long lead items from Suppliers, all long lead items (New Columns & LED Lights) arrived in time, We produced Hr by Hr plan for each weekend to ensure all critical works were completed, all works were completed and the Critical Possession/Programme was met to the delight of Network Rail who believed it couldn’t be done.

We did have a few challenges on the way, Trains not being out berthed which we had to work around and some Materials not being provided as per spec, all these issues were resolved on site to meet the critical possessions/Programme.

There were also lots of civil and Electrical items of work that were non possession dependant and were carried out during normal hours, route works, new Bollard bases and bollards, all which were completed on time.

Lowery also had to employ a third Party, a Network rail nominated contractor to supply the new LED Handrail lights from France, this was a combination of LEC for the LED lights, Prostainless from Ireland who fit the lights into the handrail and SELUX who are NRs nominated contractor to supply, this involved dealing with LEC from France, Prostainless from Ireland and Selux from Scotland, very interesting, this was the last piece of the jigsaw to go in, all completed and commissioned in time to the total satisfaction of Network rail. 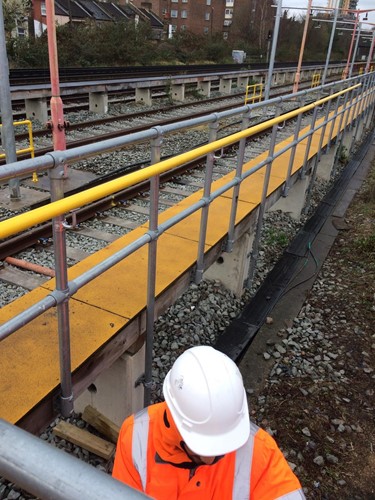